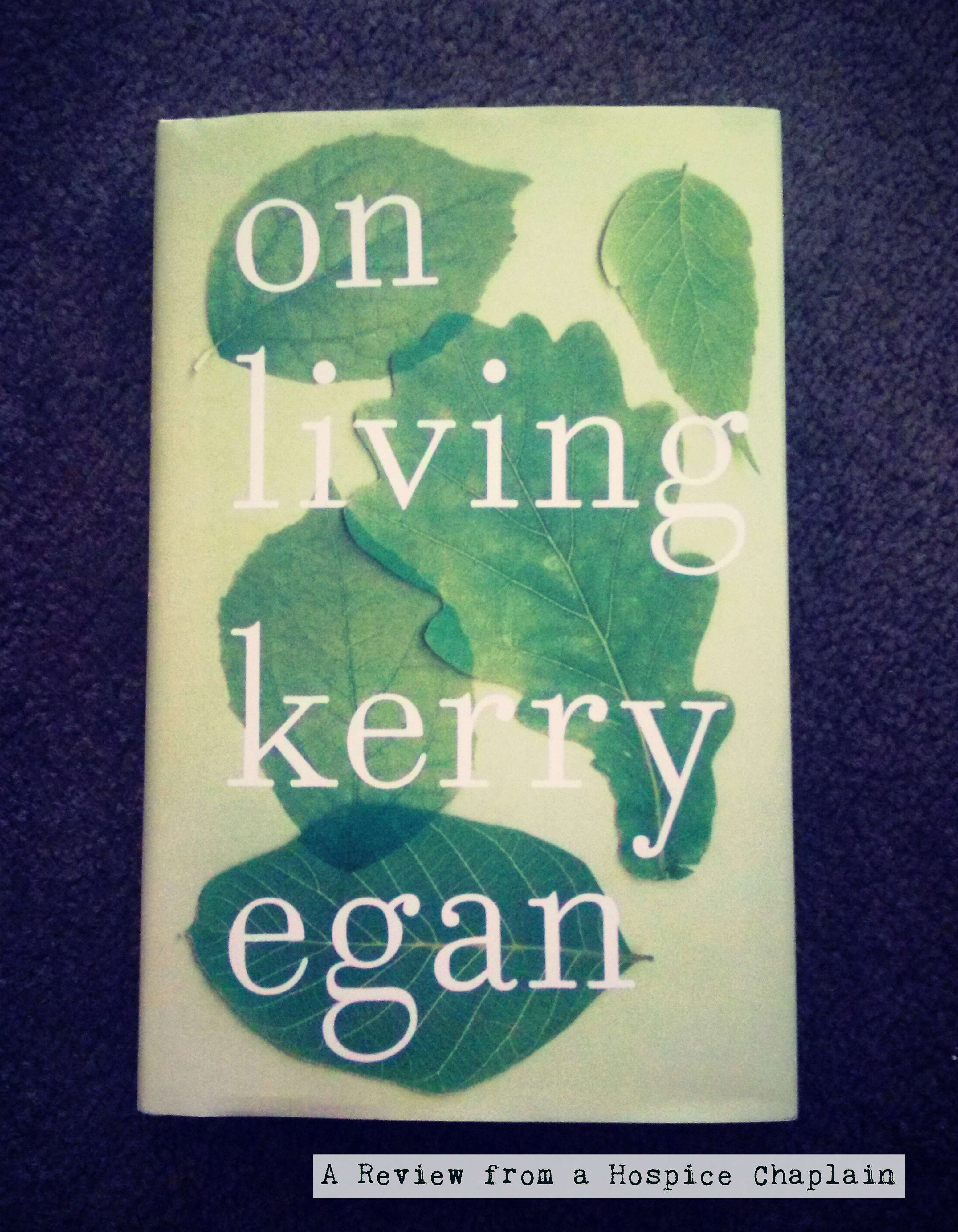 Most of my holiday season this year was spent doing something that I love to do, but sometimes have trouble finding time for: reading a book.

But I didn’t pick up just any book this season.  I picked up a book written by a hospice chaplain.  It’s called On Living by Kerry Egan.

This is a rare find.  There really aren’t a lot of books in circulation that are published by hospice chaplains.

Furthermore, this book is doing really well in the world of sales and publicity – another fairly uncommon occurrence in the realm of chaplaincy.

Just a few weeks ago, this book made The New York Times bestseller list for Health, and for Spirituality Religion and Faith.  In the last two weeks, it was named one of the best books of 2016 by Southern Living Magazine and by Real Simple Magazine.

My first thought when turning the last page of this book was: Beautiful.  Then : I need to tell everyone about this book!

I think that any time we say that a book is beautiful or good or worth a read, we ought to be able to articulate why.

Perhaps this is the English major within me speaking, but I also think it’s the hospice professional as well.

So here are some reasons to have On Living on your shelf:

As a hospice professional, there have been multiple moments when I have told someone what I do, and I have received a response of: “I could never do that” or “God bless you” or “Isn’t that really depressing for you?”

Behind these comments are so many assumptions about what hospice care means.   These comments also signify a deep fear and discomfort on the part of the speaker with their own mortality.

But I can’t say that they don’t frustrate me sometimes.

I find that people’s comments regarding my profession usually, but not always, do one of two things: they either elevate me to an angelic status which I will never achieve (yes, I have human skin) or they demean the value of what I spend my days, weeks, hours and minutes doing. Both are pretty isolating.

With good dose of humor, Egan captures this frustration and isolation that I have felt, and I think that most hospice professionals feel.  She tells a story about a conversation she has with a woman at a book club who inquires about her work.   Indulging in cheese crackers to assuage the awkwardness of the question, she explains the pastoral presence she supplies to her dementia patients (singing to them, holding their hands, surrounding them with love, etc.) the woman retorts: “You consider this work?” (Egan, 15).

By capturing her own frustrations with a death-shielded society and her struggle in articulating the value and meaning of her profession, Egan makes me feel a little less alone in this call that is hospice care.  I suspect that if you are a hospice professional you might feel the same.  There’s community to be found in her stories.

In the past several years that I have been in my profession, I have tried to articulate why I do what I do every day.  I’ve come up with some great theological responses, most of which include words like social justice or Sermon on the Mount.

I also, like many other hospice professionals, identify with genuinely wanting to help others.  There’s something about working in a service profession that meets a need deep within me that cannot be met in other professions I’ve adopted.

What Egan articulates that I have not yet done, but I think I have probably been attempting to communicate with others, is that working in hospice care is just as much an opportunity for healing as it is an opportunity for serving others.

Throughout her memoir, Egan references her experience with psychosis.  As a result of a traumatic delivery of her son, Egan shares how she was thrown into months of postpartum psychosis from a powerful anesthetic.  The medication that helped her to live also left her suffering for hours unable to move, twitching in her legs and feet, and also sixty pounds heavier.  This left her in a fractured relationship with her own body – a body that was not what it used to be – a body that was not complying.

In a recent NPR interview on her book, Egan says that one visit with a patient roughly her age completely changed the way she thought about her body.   In her last days, Egan’s patient said:

“I am going to miss this body so much.  I’d never admit it to my husband and kids, but it’s my own  body I’ll miss most of all.  This body that danced and ate and swam and had sex and made babies.  It’s amazing to think about it.  This body actually made my children.  It carried me through this world” (58).

For Egan, the dying invite us to live and to love in the present with a succinct urgency – and this is profound route for healing in our own lives when we let it be.  All we have is now, and now is the time to be kinder to ourselves and to others.

In addition to having a way with the English language, Egan exhibits a beautiful level of self-awareness throughout her work.  At times, her writing is raw and vulnerable.

About mid-way through the memoir, she tells a story about a stroke patient that incites an immense amount of fear within her.  With a history of combativeness and an inability to articulate his needs, this patient spends several minutes ripping apart Egan’s bible in an attempt to get to a verse in Jeremiah.  A terrified Egan reads just the first two verses, and then promptly exits.

Egan later goes on to reflect on how her fear hampered her ability to see the man for who he was: a kind husband, a lawyer, a grandfather.  She writes:

“His wife had not asked me to comfort him.  She had asked me to see him.  In that, I failed.  I’d visited him, but I had not actually seen him.  I hadn’t been able to see past his stroke-damaged body” (102).

Egan’s honesty about her own fear getting in the way in her interactions is something that I can deeply relate to and resonate with as a hospice chaplain.  It’s something that we try to learn how to identify, to sit with, to own and also to move beyond in this practice that is chaplaincy.

And what I appreciate most about Egan’s book, is that her hope is to help others, her readers, do the same – to not treat the dying as an exotic species or people to be feared, but “just people, like you and me, who happen to be doing something we’ve never done” (187).